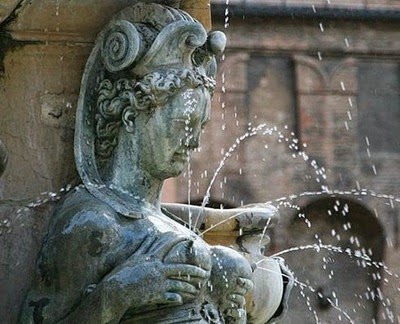 It’s National Breastfeeding week here in the UK. To be honest I almost missed it.

That’s a sad indictment of the woeful underfunding breastfeeding has suffered in recent years. As a doula and breastfeeding supporter I am passionate about all things breastfeeding. National breastfeeding week used to be a big deal in my world. Children’s Centres would host special events, there would be picnics and national campaigns to shine a light on this important topic but like so many of our health services, funding has been reduced or withdrawn and support is not easy to find.

The UK has the worst breastfeeding rates in the world and I fear that won’t change anytime soon.

The UK has the worst breastfeeding rates in the world and I fear that won’t change anytime soon. Locally there are no official support groups. I trained with the NHS as a breastfeeding peer supporter nearly 10 years ago and have facilitated a support group within my local children’s centre for most of that time. When my local children’s centre closed I set up a new group at the next closest centre. Across this region of South East Essex we had an enviable peer support network with most children’s centres hosting a weekly breastfeeding group staffed with well trained and well supported volunteers like me but 2 years ago that stopped. Funding dried up and volunteers moved on.

I have set up a local free weekly support group independently but it’s not enough. I can’t help be angry. We consistently let women down.
National Breastfeeding Week used to be a celebration of the unique role women have in feeding their babies. It was a positive campaign to raise awareness and support for new parents. I would get a little frustrated with all the posts/comments/media about “breastfeeding pressure” guilt and “mummy wars” (I have written more about this here) but on balance it was mostly good but now I see far more of the negative stuff. I see debates on whether there is too much pressure to breastfeed, whether breastfeeding is worth the effort, whether breastfeeding should be seen in public…ad nauseum. I feel like we have taken a huge step backwards and all the work I saw happen to change hearts and minds to see breastfeeding as a normal and ordinary thing to do has been undone to some extent. More and more I see and hear health care professionals not addressing breastfeeding problems but merely suggest using formula instead. Both clinicians and mothers are becoming deskilled as breastfeeding becomes more uncommon and less visible.The numbers of babies who are exclusively breastfed for 6 months as per department of health guidance is so small it’s close to none.

The irony of all of this is that increased breastfeeding rates could save the NHS millions of pounds.

Breastfeeding support shouldn’t be a luxury service and it can’t happen in a vacuum.

I feel this is the thin edge of the wedge that is damaging women. Breastfeeding support shouldn’t be a luxury service and it can’t happen in a vacuum. Breastfeeding support is part of the continuum that is maternity care. Midwifery in the name of efficiency is being pared back to obstetric nursing. Midwives are not able to give the woman-centred care they are trained to give, within the current climate of NHS cuts. Most women will only get 10 days of postnatal care with a community midwife then she will see a health visitor at 2 weeks, then 6 weeks and won’t be visited again until the 9 month developmental check. This is not enough! We need continuity of care by someone trusted and familiar for the best birth outcomes and this includes infant feeding. Like good maternity care, breastfeeding support needs a relationship to be built and this takes a bit of time. It can’t be done in a 10 minute appointment.

We tell women to breastfeed but then don’t invest in supporting them.

Women are not daft. We know breastfeeding is good for babies and we know it’s good for women. It’s good for families and most women want to breastfeed. We tell women to breastfeed but then don’t invest in supporting them. So they don’t succeed in meeting their goals and they feel like failures. Couple this with the dwindling number of spontaneous physiological births leading to increasing numbers of managed and surgical births and higher rates of birth trauma is it any wonder more women are struggling with motherhood? The only thing that surprises me is that more people are not outraged by this.

Anyone fancy a motherhood revolution?

Let’s Talk About Sex (after a) Baby!